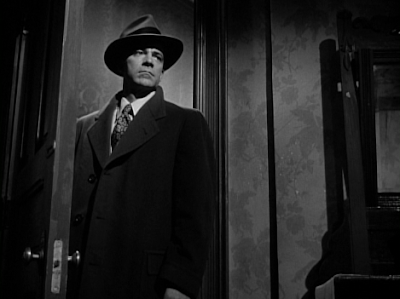 He is the least flashy actor imaginable, but watch his films again and notice him constantly thinking. He was capable of romance and violence, but his main contribution to any film is the stillness he gives its center. While he is one of the best actors in noir, he’s never had the kind of cult following of a Bogart or a Mitchum. His best known noir performance is in the eternal Laura, as a cop haunted by the image of a beautiful murder victim, and he’s equally good as a down-on-his-luck conman turned spiritualist huckster in Fallen Angel. Perhaps his greatest performance is as a good cop gone bad in the underrated Where The Sidewalk Ends. All three of these films were directed by Otto Preminger, the director who best understood how to use his silences.

Geoffrey O’Brien wrote a brilliant essay about Andrews called “Dana Andrews, or The Male Mask” in his book Castaways Of The Image Planet.

Where The Sidewalk Ends

Best Of The Rest:

The Best Years Of Our Lives

While The City Sleeps

I love Dana Andrews. Thanks for the post to remind me of his work.