Nice Write Up And Review in MetroNews 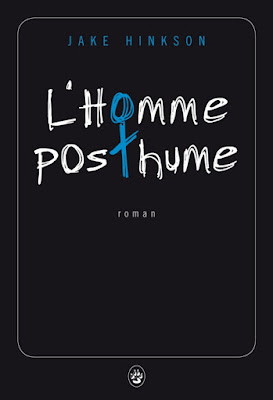 Here is a link to a nice piece on the French version of THE POSTHUMOUS MAN in MetroNews in France. The piece has a nice little intro to yours truly and the segues into an enthusiastic  review. Pretty cool.
at 3:45 PM No comments: 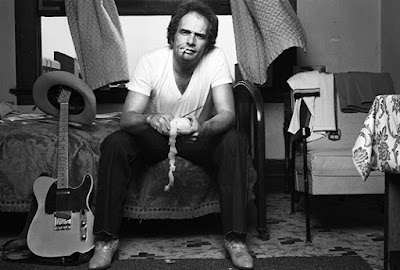 When Merle Haggard died this week, I was saddened without being terribly shocked. His decline wasn't as long or as public as that of his friend Johnny Cash, but he had not been in great health for quite some time. Still, like many people who were lifelong fans of Hag, I've been thinking a lot about his legacy in the days since his death. For some reason, the passing of a great artist--and Haggard is one of the greatest artists this country has ever produced--brings their work into sharper focus.

This morning I was listening to "Mama Tried." Now here's the thing. I've heard this song roughly one million times. It's not just one of my favorite Haggard songs, it's one of my favorite songs, period. It's the tale of a man in prison, doing life without parole, looking back on the disaster of his life and grieving his beloved mother's failed attempts to turn him toward the light. The song has well-known elements of autobiography. Haggard himself did time in prison after rejecting the teachings of his pious, widowed mother. What leaped out at me about the song this time around, however, was the theme of failure that connects it to so much of Haggard's work.

Hag is celebrated for a lot of things: for being an authentic American troubadour, for being the voice of the working man, for being one of the true masters of Honky Tonk country blues. But we should look back at his work and consider that the deepest thematic strain running through it is failure."I'm Always on a Mountain When I Fall" "Sing Me Back Home" "I Think I'll Just Stay Here and Drink" "Reasons to Quit"-- the titles themselves capture the melancholy resignation of a man who has seen his best days disappear in the rear view mirror.

Or consider two masterpieces from different eras of his career. He wrote and recorded "Hungry Eyes"in 1969. A heartbreaking reminiscence about the struggles of Depression era families, it begins:

A canvas covered cabin in a crowded labor camp
Stand out in this memory I revive;
Cause my daddy raised a family there, with two hard working hands
And tried to feed my mama's hungry eyes.

He dreamed of something better, and my mama's faith was strong
And us kids were just too young to realize
That another class of people put us somewhere just below;
One more reason for my mama's hungry eyes.

The tension in Haggard songs usually comes from the disjunction between the faith of hardworking people and the actual realities of their lives. This, more than anything else, is what separates the music of Merle Haggard from the new country of today. Country radio has codified can-do Americanism and obligatory optimism into a musical form that is largely a matter of accentuating the positive by denying the uglier realities of economic and social life. Later in "Hungry Eyes" Haggard sings "I remember Daddy praying for a better way of life, but I don't remember a change of any size." Think about that line and then ask yourself if it could make its way into a hit song today. Ask yourself what's changed in the culture to make that kind of acknowledgement of honest hard-scrabble defeat impossible to display in the public sphere. Haggard, the son of poor people who saw little come from their labors and prayers, knew all too well that most people, in the end, simply lose. His ability to put this realization into a distinctly American vernacular was a testament to his prowess as a songwriter.

Of course, his success as an artist owes no small debt to the power of his handsome, weary voice, one of the greatest voices in American music. Look at the late career masterpiece "In My Next Life," written by Max D. Barnes, in which Haggard recounts the story of an elderly farmer looking back on his life and finding little to see except his regrets:

The blood red sun beat down and baked the red clay ground
Dust kicked up around his John Deere wheels
No trace of rain in sight, again he'll lose the fight
And have to watch his crops die in the fields
They stood there both in tears, his wife of many years
Said "John, you know I hate to lose our farm"
He looked into her eyes then looked up at the skies
And told her as he held her in his arms
"In my next life, I want to be your hero
Somethin' better than I turned out to be
I've lived this life behind the plough and harrow
In my next life, I'll make you proud of me"

Haggard sings these verses with a voice so choked with emotion that the effect is shattering. No singer in country music did a more expert job of handling material that was fraught with sentimental pitfalls. Hag's voice was several layers of crust overlaying an emotional center so fragile it seemed on the verge of crumbling.
Of course, one can't talk about Haggard without talking about his jingoistic anthems "Okie From Muskogee" and "The Fighting Side of Me." Back to back singles released in 1969-1970, and following the success of the anti-welfare barn-burner "Working Man Blues" the songs made Haggard pretty much THE voice of reactionary America in the late sixties. This is Nixonian resentment with a rhyme scheme. (His 1981 "Are the Good Times Really Over" was a Reagan-era twist on similar sentiments.) The songs were all hits-- and "Muskogee" was an epoch-defining monster smash of a hit--but Haggard later looked back on them with more than a little embarrassment, calling himself "dumb as a rock" at the time that he wrote them.
Whatever one makes of the political sentiments of the songs, one can't deny their musical power (Hag brought as much talent to their creation as he did to his other hits), and, more to the point, one can only appreciate their acuity in capturing the mindset of the American public that turned them into hits. They are cultural documents every bit as historically valuable as Sgt. Pepper.
Ultimately, Haggard's political reactionary period is an important part of the arc of his six-decade career, the angry expression of the same frustration that gave voice to deeply empathetic masterpieces like "If We Make It Through December," his 1974 Christmas lament about a family entering the holiday season on the verge of economic ruin. The breadth of his work, and the depth of his vision, make it impossible to sum him up. He wrote and recorded rowdy drinking songs, and heartbreaking torch songs, and sentimental paeans to momma and daddy and hearth and home.
His greatest contribution to American music, though, is his consistent acknowledgement that human beings must contend with failure. Most people aren't winners. Most love doesn't last. Everyone dies. Haggard knew this, and he sang it true.
at 12:54 PM 2 comments: