Back at the Movies in Chicago 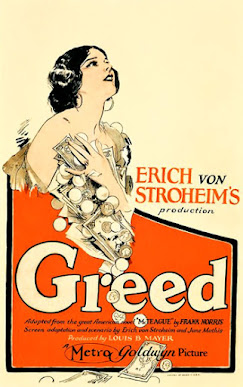 Obviously we're not out of the pandemic yet (and won't be anytime soon, I fear), but lately things have returned to a peculiar kind of normal. Case in point: the movies.

It's not as if we can just stroll into a theater like it's 2019, of course. There are safety protocols--masks, proof of vax, ect--that must be observed. But after the dismal cultural wasteland that was 2020, I am happy to report that, in Chicago at least, moviegoing has regained a least a little of its former glory.

The Music Box Theater (the jewel in Chicago's cinema crown) is back up and running, programming new indie films and classic oldies, as well as midnight showings for the night owls, weekend matinees (first up, a series of Marlene Dietrich movies!), and silent films for the hardcore cinephiles (which kicked off with a glorious showing of GREED a few weeks back).

The Siskel Film Center is also back, with, among other things, a Fellini series (a nice way to celebrate the pure joy of cinema). The Chicago Film Society is back with a truncated (though characteristically eclectic) season, which will culminate with a showing of MEET ME IN ST. LOUIS in December. And after the longest hiatus of them all, Doc Films is back with a shortened weekly schedule (only Thursdays to Sundays). The Park Ridge movies series is back at the Pickwick Theater, the Chicago Silent Film Society is booking showings, and Facets is still going strong.

In addition to all of that, the multiplexes have reopened with the superhero/franchise/blockbuster stuff.

All of this makes me exceedingly happy, and I hope it all reinforces the need for in-person cinematic experiences. I am grateful for all the technology that made it possible to watch movies, stream concerts and other "live" performances during the pandemic, but let's pause for a moment to appreciate just how nice it is to go out, grab dinner, and go to the movies.