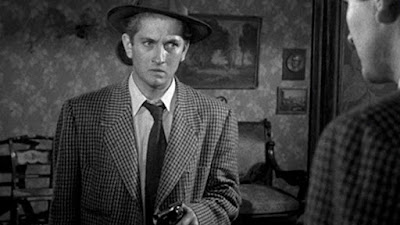 In 1951, the director Joseph Losey knew that his days in America—to say nothing of Hollywood—were coming to an end. The blacklist was right around the corner, and Losey was already strapped for cash. His final film before fleeing to Europe was THE BIG NIGHT. The film capped a dynamic run of noirs that had begun the previous year with The Lawless, and was followed by the masterpieces M and THE PROWLER. This sequence of films ranks up there with the work of any director in the classic period in terms of style, impact, and acting.

THE BIG NIGHT fits securely into the larger body of noir films that deal with fractured, tormented adolescence (films like They Live By Night and Edge Of Doom). It tells the story of a teenager named George La Main, the bashful son of a bartender named Andy. George is in the bar on his birthday when a man with a cane suddenly walks in and orders his father to disrobe and get down on his hands and knees. With the shocked patrons of the bar looking on, Andy does as he’s told and the man proceeds to beat him with the cane. After Andy is moved to a bed to recuperate, a baffled George, incensed by what has happened, rushes out to find and kill the man who beat his father. This begins a long dark night of the soul that will, needless to say, not go exactly as George anticipates.

The film was based on the novel DREADFUL SUMMIT by Stanley Ellin. Though Ellin would eventually become the Edgar-winning president of the Mystery Writers Guild of America, in 1951 Losey thought his novel stunk. Still, he would concede later, there was enough material in the story to work with. The film he crafted from the book was no masterpiece, but it too has an undeniable quality. Indeed, while THE BIG NIGHT is a step down from M or THE PROWLER, it’s still an involving piece of work.

The film contains one scene of striking power and unquestionable historical interest. George talks his way into a nightclub with a drunken professor he’s met at a boxing match. Consuming too much alcohol, he stares in fascination as the African American jazz band plays a number with a blistering drum solo. Watching the drummer unleash an incredible volley of beats, George flashes back to the image of the man with the cane beating his father. He’s rescued from the horror of this recollection only when a beautiful singer (played by Mauri Lynn) croons the song “Am I Too Young.” The shot of George staring longingly at the lovely black singer is one of the first moments of interracial longing in American cinema. Later, George bumps into the singer on the street and tells her how much he enjoyed her singing. “That isn’t all,” he says. “It’s also that you’re so beautiful. Even if you are a…”

The filmmaking and acting here is fascinating. This was pretty much Mauri Lynn’s only moment in motion pictures. She made three brief, uncredited appearances over the next couple of years and then left movies to return to singing full time in 1954. This one brief scene, however, is an indication that we lost something special when Lynn quit Hollywood. She’s luminous singing the song that rescues George from his despair (and Losey cuts closer and closer to her as the song progresses). When George approaches her on the street, her reaction shots are pure gold. Look at her measured smile when he tells her she’s beautiful. She’s flattered, but not too flattered. When he suddenly—to his horror as well as hers—stumbles over his own racism, her reaction is pained but muted. Losey ends the scene with a shot of her wounded countenance, a composition which the writer Tony D’Ambra once pointed out “renders her pain as important as (George’s) bewilderment and regret.”

If the rest of the film doesn’t match this sequence in power (it hastily tosses George a white girlfriend in the next scene), it’s still an impressive piece of work. George is played by John Barrymore Jr. (soon to change his name to John Drew Barrymore). Barrymore never got much respect because a) he was the son of a far more famous father, b) he would eventually be the father of a far more famous daughter, and c) he was a difficult-to-handle drug addict with serious daddy issues. None of this can obscure the fact that Barrymore’s compulsively watchable here. Looking like a young Sean Penn, he’s put through many of the same paces as James Dean in REBEL WITHOUT A CAUSE. That he manages to survive this sweaty intensity at all is some kind of testament.
at 9:48 AM 1 comment: 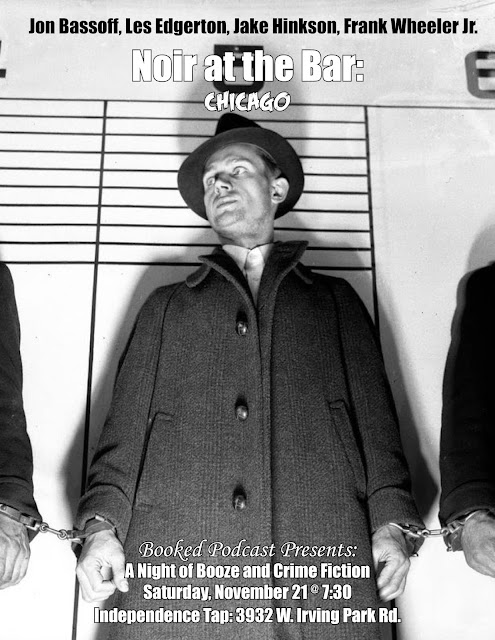