The Other Side of The Wind Update 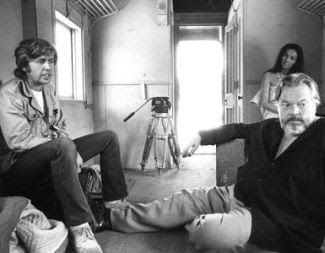 Is it too early in the year to begin passing along reports that Orson Welles's final uncompleted film, THE OTHER SIDE OF THE WIND may be about to see release? It seems like one hears these rumors every year. Made in the early seventies with a group of friends and associates, WIND is only one of a shelf of projects that Welles was unable to complete and release in his lifetime (others include DON QUIXOTE and THE DEEP). Ever since footage from his long lost anthology film IT'S ALL TRUE was recovered and released in a documentary in 1993, however, it seems like the rumblings about WIND have grown steadily stronger.

They may be about to get even louder.

On January 23, Dalya Alberge reported in The Observer that a deal is in the works to finally clear the way for the film's release. Click here to read the report.

To learn more about the film and the controversy surrounding it, click here.
at 5:37 PM

Good news indeed. I will check out the link.

"The main character is a mix of [Ernest] Hemingway, Huston and himself…

The above is a good enough reason to keep one's fingers crossed.

Thanks for the update.