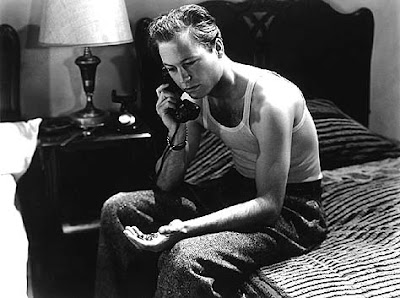 By all accounts, Cornell Woolrich was a real son of a bitch. A self-hating gay man who once married a naïve young woman as a cruel joke, refused to sleep with her and then left her a written account of his sexual escapades with other men, he lived most of his life with an overbearing mother who said she would die if he ever left her. When she finally did die years later, Woolrich drank himself into a decade-long stupor, developed gangrene, and died weighing 89 pounds. It was a miserable end to a thoroughly rotten life.

Yet, by the estimation of most people—myself included—Woolrich was one of the twentieth century’s great writers of crime and suspense stories. He was a one man pulp factory in the forties, producing stories and novels that crackled with the noir style. People often point to the hardboiled boys—Hammett, Chandler, Cain—as the progenitors of noir, but no one was more responsible than Woolrich for the dark and neurotic turn crime fiction took in the forties. Hammett el al. wrote about tough guys. Woolrich wrote about existential doom.

Fear In The Night, made in 1947, is in some ways typical of Woolrich’s work. A man named Vince Grayson (DeForest Kelley—yes, that DeForest Kelley) has a weird and terrible dream in which he walks into a room full of mirrors, fights with a man and a woman, and kills the man. When Grayson wakes up, he finds bruises on his neck and blood on his wrist. Did he really kill someone the night before? Plagued with visions of the murder, Grayson rushes to his brother-in-law Cliff (Paul Kelly) for some help. Cliff, a police detective, blows off Grayson’s story. It turns out Grayson has always been a little nervous, as they used to say. We get the feeling from the way his sister and brother-in-law treat him that Grayson’s never exactly been right, a feeling given weight by Kelley’s surprisingly effective performance as a neurotic. This odd dream seems like just another sign that he’s unhinged until one day when the three of them go for a drive with Grayson’s timid girlfriend Betty (Kay Scott). A rainstorm starts, and they come upon a house which Grayson says he knows. He leads them into it. Upstairs, sure enough, is a mirrored room with bloodstains.

The movie was directed by Maxwell Shane (who must have liked the story—he filmed it again in 1956 as Nightmare starring Edward G. Robinson). Shane and his collaborators have chosen to film the story in a deeply surrealist style. Grayson’s tortured dream at the beginning of the film looks like a drug trip, and that disturbed feeling stays intact throughout the rest of the film. In a way, it helps paper over some gaping plot holes. The scene in which Grayson leads his group into the house, for instance, is pure nonsense. They drive up to a house in the rain and go inside. It isn’t as if the house is deserted or abandoned. It’s full of furniture, with logs in the fireplace and food in the cabinets. Like your house or mine when we're not home. Imagine coming home and finding four strangers sitting in your living room, drinking your tea, who explain that they just wanted to stop driving and decided to crash at your pad for a while. The sheer oddity of this sequence would unravel most movies, but here it seems to mesh with the film’s overall weirdness. It makes no sense, but neither does anything else. In a way, that’s the point. If Fear In The Night has no logic, it’s because nightmares have no logic. As a result, this is the kind of movie that might actually scare small children.

That kind of nightmare logic was the way Woolrich saw the world. The fact is, he frequently skimped on the logic of his stories as if it simply didn’t matter. His genius was for the set-up, the creation of a emotional milieu where your entire life seemed like a cruel joke. No one ever had as many rich ideas for crime stories as Cornell Woolrich—it’s why he proved so adaptable. His fertile imagination churned out chilling nightmare scenarios as if he dreamed a new one every night. The poor son of a bitch probably did.

Great commentary on one of my favorite writers. Thanks.

As if being based on a Cornell Woolrich tale wasn't enough, it has DeForest Kelley? Sign me up!