The Altars of Forgotten Women 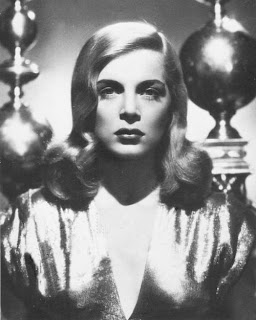 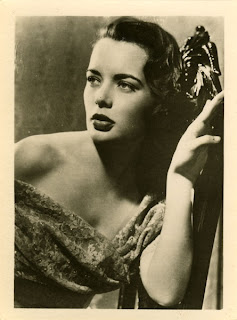 One of the sad ironies of film noir is that many of its icons were never stars in their lifetime. More than any other genre, stardom in noir is retroactive. Someone like Ann Savage had only the most fleeting taste of fame in her youth before Hollywood showed her the door. Yet, Savage was one the lucky people who lived to see her fame catch up to her. A cheap little sixty-seven minute crime picture called Detour—a picture Savage appears in for all of thirty minutes—somehow endured and prospered over the years. Savage was in her sixties and working as a secretary when she discovered that she was at the center of a cult.

Savage’s cult is just a faction of something larger called film noir, which is, among other things, largely a cult of forgotten women. Savage was not alone in finding herself as an object of worship. Within this convocation there are many different sects, sects with passionately devoted followers. Actresses like Audrey Totter, Marie Windsor, Janis Carter, and Lizabeth Scott all have legions of admirers. None of them were really stars in their day, but their movies have a life all their own. Long after their careers fizzled out, sometimes after their own deaths, some actresses finally became stars. That just about defines the word bittersweet.

Of course, major stars like Audrey Hepburn and Judy Garland experience the same life after death effect, and a select few even seem to reach beyond mere stardom and become a part of the larger shared consciousness of society. You could argue, at this point in Western culture, that Marilyn Monroe is nearly as iconic as the Virgin Mary.

Yet film noir is a genre born out of B-movie obscurity. Lizabeth Scott will never be as famous as Marilyn Monroe, but she is the queen of her own dark little corner of Dreamtown. She starred in more film noirs than nearly anyone else—and she was also unique in that her filmography consists mostly of noirs. She only made a handful of movies that didn’t involve people betraying each other and ending up gutshot at the end. She played the entire range of characters available to actresses in the genre, from doe-eyed innocents (The Strange Love of Martha Ivers, The Company She Keeps) to world-weary lounge singers (Dark City, I Walk Alone) to cold-blooded femme fatales (Too Late For Tears, Stolen Face). She starred in one of the genre’s real lowlights, the misogynistic Dead Reckoning. She starred in what maybe the campiest noir ever made, the hilarious Desert Fury. Perhaps most importantly, she starred in two of the finest noirs we have, Andre De Toth’s Pitfall and Byron Haskin’s Too Late For Tears.

To understand the appeal of Liz Scott, one only need to look at those last two films. In the first, she plays a woman named Mona Stevens who falls into an affair with a married man played by Dick Powell. Their affair is discovered by a psychotic private detective (played by Raymond Burr) who is obsessed with Mona and proceeds to make life hell for everyone involved. The cast here is superb, and at the center , in a performance of great sympathy, is Lizabeth Scott. She makes Mona a sexy woman (which must have been fairly easy since Scott herself was gorgeous, blonde, and had a voice that was equal parts cigarettes and silk), but she also makes Mona a sad woman. Loneliness is the undercurrent of Scott's voice, the thing that pulls you further down into her trap. Even when she’s happy, you can tell that Scott is afraid of the worst. In Pitfall, she pretty much gets the worst at the hands of thoughtless men.

In Too Late For Tears, she gets her revenge. As housewife turned criminal Jane Palmer, Scott creates a portrait of coolheaded evil. Jane and her husband Alan (Arthur Kennedy) are driving home one night when someone tosses a briefcase full of money into their car. Is the money a payment for a ransom? Perhaps a blackmail payoff? Alan doesn’t care, he just wants to turn the money over to the cops. His wife, ah, disagrees. She’s willing to do anything to keep the cash, even after slimy crook Dan Duryea shows up looking for it and slaps her around. Neither the crook nor the husband have any idea who they’re dealing with in Jane Palmer. These guys are toast. With her performance, Scott makes a pretty good grab for the most evil femme fatale on record, yet she also makes Jane Palmer curiously relatable. Again, there’s that sadness, that aching, unfulfilled need at the center of Lizabeth Scott that comes through in her performance. Jane Palmer is evil, yes, but she’s also smart, dogged, and utterly human.

It is, after all, humanity that is the great appeal of the forgotten women of film noir, our sense that we’re seeing a human being alive onscreen. Movies of the forties and fifties were made to be dreamlike, and all these years later they still seem like dreams. The dreams hook us; the humanity makes us obsessives, worshipers at the altar. Who was this woman? we ask. Not just Queen Liz (who, happily, is still alive), but so many others. We watch them laugh and cry and scheme and die and then we watch them do it all over again. It doesn’t take much to hook us.

Take Joan Dixon. In 1951 she starred in a vastly underrated film noir called Roadblock alongside Charles McGraw. She plays Diane, a sexy conwoman who marries a straight-laced insurance investigator name Joe Peters, a marriage that will have disastrous results. Joan Dixon strolls through this movie as if she’s one of the great femme fatales. It’s not just that she’s beautiful, it’s that she projects that essential combination of intoxicating sexual allure and an untouchable, unknowable center. Is Diane bad? It’s tough to say. Dixon might be criticized for giving a performance that's too laid back, but I would argue that very ambiguity is her greatest attribute. She doesn’t set out to ruin Joe Peters, but once she meets him, he’s a goner. It’s an interesting take on the femme fatale. Many femmes are man-eating monsters. Diane is different. She’s a catalyst who opens up all the insecurity and greed buried beneath honest Joe Peters’ upright façade. It takes quite a gal to destroy Charles McGraw. Joan Dixon does it without really trying.

One thing’s for sure: she never had much of a career in Hollywood. She started out at RKO under contract to Howard Hughes (which was not somewhere a fresh-faced twenty-year old from Norfolk, Virginia wanted to find herself). Hughes promised to build her career, but he was too busy running RKO into the ground. Dixon spent most of her time in low budget westerns and ended her acting career in the late fifties doing bit parts on television. By then, she’d become a lounge singer and was mostly notable in the newspapers for a string of quick marriages and messy divorces. She died in Los Angles in 1992.

Yet she lives on in this little-seen masterpiece. Her fame hasn’t happened yet, unlike Ann Savage or Lizabeth Scott. Even in the insular world of film noir, Joan Dixon isn’t an icon—yet. I have faith, however, that her cult is coming. If there’s one thing that you can learn from the history of noir, it’s that there’s always time.

Nice post. Makes me want to see all the films you mentioned. You are so right about the time element.

Thanks, Sarah! The easiest-to-see film of the ones mentioned here is the best, Too Late For Tears (also called Killer Bait on some DVDs). Be warned, however, that it's a public domain movie at this point, so there are some really crappy copies of it out there. I had a conversation recently with Eddie Muller--the president of the Film Noir Foundation, which preserves classic noirs--and he told me that TLFT is next in line to be saved. That will be a happy day. Maybe we'll get a great DVD out of it. The other films mentioned (Pitfall and Roadblock)are tough to find. You may have to, ah, go outside the law to track them down. They are worth the search and the possible FBI investigation.

I'm so happy to find more Lizabeth Scott fans! She is my all time favourite actress. I even wrote to her to tell her this, and she wrote back! That letter is now framed on my wall. You can take a look in the archives of my blog if you like: http://sugacoobs.blogspot.com/

And if you're on Facebook, look for a group I set up for fans of Lizabeth Scott (just search for her name).

I very much enjoyed your essay. We are moved emotionally by many things but for me one of the strongest is the full on perception of the loneliness that I, and others, feel. I have an indelible image of a woman I passed slowly on a highway one night here in Toronto. The night was dark, but clear; the traffic flowing, the city scape Sci Fi Futurama. And I could see this 40ish lady I passed was driving her car, both hands on the wheel hunched slightly forward, with a very sad look on her face. She was suffering, all alone, without hope, but still trying. I think the altar you refer to is built on this sea of rarely acknowledged loneliness. Suffering is bad enough, but suffering without witness or hope, that is really bad. I'd say it sucks, but that term seems to me somewhat overused these days.

Thank you for casting some light on those in the dark, and I hope we see more of your essays!

Robert-Thanks so much for your eloquent response to the essay. I've often thought that art was invented to breach the loneliness that you talk about. We are inherently disconnected from each other, and art (be it film, literature, music, and so on) exists at least in part to connect us, if just fleetingly, to one another. Thanks again for your kind reply.

I am also hoping that Liz gets to hear us sing her praises. I'm sure she does, but I'm a little neurotic. OK, a lot. Well, more than a little.

And I hope all the other Film Noir Ladies, most especially those who may not have heard their well deserved praises sung often enough, also know how much we love them.

p.s. this is my second attempt at this post. First lost in my struggle with google. I'm actully starting to think that it's not entirely their fault (first reaction was boy was I "not happy"). For sure google is one great whatever it is. I can say that, now.

Robert-If you're a big Liz Scott fan, I hope you'll check out my other entries on her. "Too Late For Tears" and "Pitfall" are not to be missed.