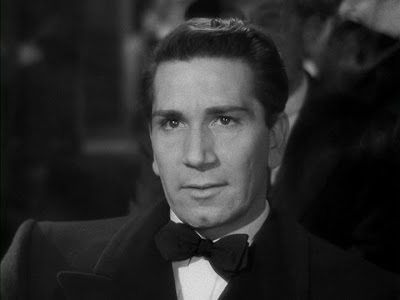 In The Big Combo, Conte sums up the big shot's credo, "First is first and second is nobody." In film after film (and he made a ton of noirs in the forties and fifties), Conte played the tough guy from the old neighborhood who fights his way to the top. In The Big Combo he's a gangster with a heart of stone and an implied talent for cunnilingus. Cry of the City finds him playing a bullet-riddled gangster on the run form the cops. He starts out supremely self-assured, but his time is decidedly running out. It seemed like it was always running out (Conte spent half his career going out in a blaze of glory). Even when he played a good guy, as in Thieves' Highway, there was something edgy about him--something that still intimated that you were looking at a guy who do whatever it takes to be number one.

Look over Conte's list of credits and you'll notice something impressive about him. This guy worked with most of the best directors in noir: Siodmak (Cry of the City), Dassan (Thieves' Highway) Joseph H. Lewis (The Big Combo), Preminger (Whirlpool), and Karlson (The Brothers Rico). He was better in some roles than others (he played a surprising number of doctors, a role he wasn't exactly born for), but he was always good--and most of the time he was great.

Today, Conte is perhaps best known for working for another great director, playing Barzini in Coppola's The Godfather. Again, he's a big shot. Again, his time is running out. (In fact, he dies the same way here that he does in Cry of the City.)

Essential Conte
The Big Combo
Cry of the City

Other Conte Noirs:
The Blue Gardenia
Call Northside 777
Highway Dragnet
New York Confidential
The Raging Tide
The Sleeping City
Somewhere In the Night
Whirlpool
at 9:47 AM