A Grisly Sneak Peek at The Killer Inside Me 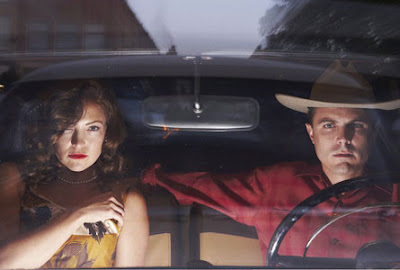 An extended six-minute trailer is out for Michael Winterbottom's adaptation of Jim Thompson's The Killer Inside Me, and it's already getting people talking.

The novel--which follows the career of Lou Ford, a jovial deputy sheriff and secret psychopath--has a cult following of creepy intensity. It's a twisted piece of work, even by the considerably nasty standards of the author. A first person look into the mind of a murderer, it's uncompromisingly sexualized and violent, but the most shocking thing about it is the way it traps you in the pov of an abject nihilist. Of course, fashionable nihilism is everywhere today (from franchised torture-porn like Hostel and Saw to the glut of serial killer/hit man/assassin stories and novels), but Thompson went deeper with it than any of his many imitators have done since. His novels--and The Killer Inside Me, in particular--are about nihilism rather than a simplistic wallowing in its more tawdry forms. (In the interest of intellectual honesty, I should note that there are more than a few people who would disagree with that last sentence.)

Now comes British director Michael Winterbottom and stars Casey Affleck, Jessica Alba, and Kate Hudson, and it looks like they are going to go all the way with Thompson's story. Check out the preview here, but be warned that this six minutes is a hard R. Send the kids outside to play.

There's already a backlash brewing against the movie. It'll be interesting to see the finished film and just as interesting to observe the conversation it engenders upon release.

I first wrote about this movie when it was still little more than a rumor.
at 4:16 PM

Looks pretty good to me.