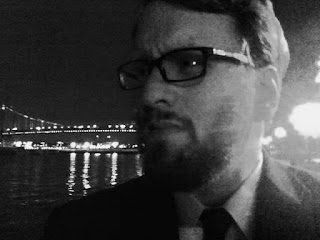 I did an interview with Chris Mattix of Austin's MysteryPeople bookstore. We discuss Hell On Church Street, The Posthumous Man, noir, Southern Gothic, and creepy youth ministers.

Check it out at MysteryPeople.
at 12:51 PM No comments:

Email ThisBlogThis!Share to TwitterShare to FacebookShare to Pinterest
Labels: Hell On Church Street, The Posthumous Man 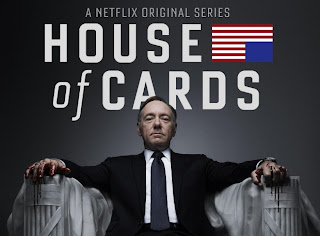 Take Shakespeare's devious Richard III, marry him to Lady MacBeth, then drop them in Washington DC and watch the fireworks. The Netflix series HOUSE OF CARDS starring Kevin Spacey and Robin Wright is pretty damn great. Read my essay on the series over at Criminal Element.
at 9:53 AM No comments:

Email ThisBlogThis!Share to TwitterShare to FacebookShare to Pinterest
Labels: Television 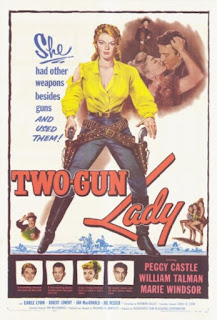 Are you a fan of westerns, especially old school westerns from the 1950s? If you're reading this blog, I bet you are. If so, I want you to go check out a site called 50 Westerns From The 50s. It's written by a dude named Toby Roan.

I don't know Toby Roan. Aside from a nice comment he left on an essay I wrote about One-Eyed Jacks, I've never had any contact with him. But I'm a fan. His site is smart and informative. I know a bunch of shit about 50s westerns, but this guy is steeped in it.

(Okay, "steeped in shit" doesn't sound good--but we're talking about western-geek knowledge, so you want someone steeped in shit, preferably horse shit. Which this dude is. His name is even the name of a horse. So there.)

If you're into that kind of thing, go check it out. I promise you won't be disappointed.

PS: the poster above is for the 1955 TWO-GUN LADY. It's a terrible movie despite starring both Peggie (incorrectly spelled Peggy on the poster) Castle and Marie Windsor, two of the great women of film noir, and William Talman (one of noir's great villains). It's a disappointment on all levels, but I sure do love the poster. 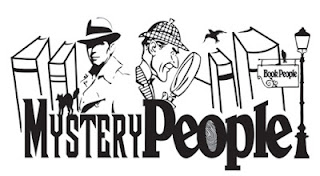 MysteryPeople, the bookstore-within-a-bookstore located in Austin's BookPeople (voted the 2005 Bookstore of the Year by Publisher's Weekly) have been great supporters of my novel HELL ON CHURCH STREET and its publisher, New Pulp Press. Now they've released a fun little video talking about NPP and its various authors, including yours truly.

Thanks to Scott Montgomery and  Chris Mattix for putting this together. You can watch the video here and find out more about MysteryPeople and their various goings-on.
at 8:41 PM No comments: 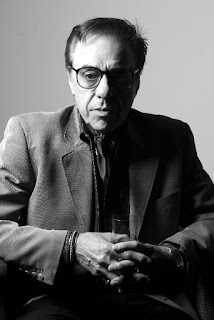 As a huge fan of writer-director Peter Bogdanovich, I'm thrilled at the news that his long gestating project SHE'S FUNNY THAT WAY (formerly titled SQUIRREL TO THE NUTS) seems finally to be coming together with a great team behind it. The film is being produced by Wes Anderson and Noah Baumbach, and it will star Owen Wilson, Jennifer Aniston, Olivia Wilde, Brie Larson, Jason Schwartzman, Eugene Levy, Kathryn Hahn, and Cybil Shepherd.

Everything about this makes me happy. Bogdanovich has being doing grunt work in the industry for a couple of decades now, so it's exciting to see him launching a production of an original script (co-written with his ex-wife Louise Stratten) for the first time in a very long while. He's got an impressive cast, and I'm particularly happy to hear that he'll be working with Owen Wilson, who frankly seems to have been born to star in a Bogdanovich movie.

Though he's probably best known today for THE LAST PICTURE SHOW, as well as for his invaluable work as a movie historian (he did, for instance, the only interview with cult director Edgar G. Ulmer that has survived), he really was one of the great comedy directors from the 1970s. As a director, he's got a light touch and a gentle spirit, but never seems to be sappy or maudlin. Here's hoping that everything goes well with SHE'S FUNNY THAT WAY. 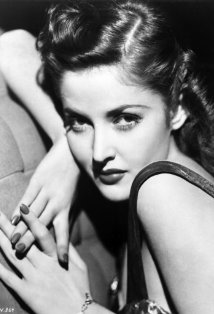 But whatever happened to Martha Vickers? Why didn't she become a star in her own right? I explore that question in a new essay over at Criminal Element.
at 6:10 PM 2 comments: 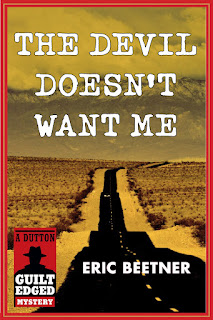 Got a minute to spare? Hop on over to 60 Second Book Reviews, the new site from crime novelist Eric Beetner.

Beetner's a prolific crime writer known for rough and tumble thrillers like DIG TWO GRAVES and THE DEVIL DOESN'T WANT ME. And many more. This guy puts out so much material, most of cooked to a nice hard boil, that I don't know how he has sixty spare seconds to record his pithy book recs.

But, thankfully, he does. Beetner's a fine writer in his own right, so think of this site as a steeped-in-this-shit author sidling up to you to pass along a sweaty copy of some obsure little crime novel.

He's got good taste, too. He's covered Peter Farris, Duane Swierczynski, and Owen Laukkanen. Oh, and me. So three out of four ain't bad.

And as I write this he's just released an endorsement of Jason Starr's TWISTED CITY. Starr is the best. Really. The best. And, like Beetner, I think TWISTED CITY might be my favorite of his books.

Go check out the site. I hope Beetner keeps it up. Always looking for a new book.
at 12:00 AM No comments: