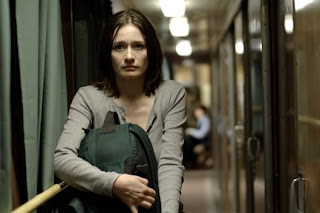 Let’s talk neo-noir for a moment. Depending on how you date it, the classic period of film noir ended roughly around 1960 (noir historian Eddie Muller suggested that the classic period ended when Janet Leigh took her shower in the Bates Motel). Noir continued to exert an influence, however, and we can find traces of it in many subsequent films, all the way up to today.

Retro Noir-These are, essentially, noir period pieces. They are set in the forties and fifties and attempt to capture the look and feel of the classic film noirs. Superior examples include LA Confidential, Devil In A Blue Dress, and Hollywoodland. The greatest retro noir is, of course, Chinatown, a film that is a fascinating blend of a forties crime thriller and a gritty seventies drama.

Neo-Noir-These are films set in the time period in which they are made but carry on the themes and archetypes of noir. Superior examples include After Dark My Sweet, The Last Seduction, Match Point, and A Simple Plan.

Noir is alive and well in both its retro and neo forms, with new variations popping up all the time*. A recent example of neo-noir is Brad Anderson’s intense drama Transsiberian. It stars Emily Mortimer and Woody Harrelson as Jess and Roy, a young married couple taking a train ride through Russia. Jess and Roy are having problems in their marriage. Roy’s an affable goofball, and an essentially good man, but we get the sense that Jess married him in large part because he helped her kick an alcohol problem. Now, a few years into their marriage, she’s starting to feel restless. Then one day, Jess and Roy meet another young couple on the train, Carlos and Abby (Eduardo Noriega and Kate Mara), an intense pair who seem a little too friendly. Carlos keeps making eyes at Jess and offering her drinks. Roy seems oblivious to how sketchy these new friends are, and then at one stop Roy and Carlos go for a walk in the snow. When the train pulls out, Carlos is aboard but no one can find Roy.

I’ll stop there because one of the pleasures of Transsiberian is the way it keeps you guessing. You’re never quite sure where the plot is going. What is interesting about the film is the way it works with two great noir themes: paranoia and guilt. It’s the kind of film that plays off of the most basic fear of travel: the fear that the outside world is a dangerous place we do not understand. Roy is in awe of the world out there, but Jess seems to know that it’s fraught with pitfalls.

She also knows about guilt. The film takes a turn at about the halfway mark, placing us firmly in Jess’ point of view, making us an accomplice to her actions and giving us a share in her fears. I’m dancing around plot point here, but I will say that the theme of guilt, and the way it builds until the very end of the movie is one of Transsiberian’s great strengths. In that way it reflects some of the same power that we saw in director Brad Anderson’s previous guilt-ridden neo-noir The Machinist.

Having said that, the film is flawed in some of the same ways as The Machinist. Anderson moves confidently through the set up and through the film’s middle passages, but he stumbles toward the end. Transsiberian’s final twenty minutes are a departure in tone from what’s proceeded it, and not in a good way. The moment the film gets off track (sorry) is easy to pinpoint. When Jess moves from one boxcar to another and finds that the last half of the train is missing, the movie swerves from an emphasis on psychological drama and towards over-the-top thriller touches. There are still good moments in the last twenty minutes, but they have to compete with moments which severely strain our incredulity.

Still, Transsiberian is a very good example of how noir continues to prosper in film. As Jess, Emily Mortimer is terrific. She’s a performer made for this kind of material, a woman with a natural undercurrent of worry. After this movie and her turn in Woody Allen’s Match Point, she’s quickly becoming one of my favorite current actresses. When Transsiberian focuses on Jess and her secrets (and their resultant anxieties), it comes close to being great.

A few variations on noir:

Comic Book Noir-The obvious example is Frank Miller’s Sin City (a movie I liked but didn’t love) and his new kind-of-crappy-looking The Spirit. The best of the best is The Dark Knight, a film that really is noir to its bones.

Western Noir-Prime examples would be Pursued (1947) starring Robert Mitchum, and The Furies (1950) directed by Anthony Mann. The darkest, bleakest Western ever made was probably Monte Hellman’s 1967 The Shooting starring Jack Nicholson. The best example of modern Western noir would have to be Eastwood’s Unforgiven.

Blanc/Noir-Okay, I just made this one up, but I’ve noticed a lot of neo-noirs are set in the snow. Transsiberian is just the most recent. See also A Simple Plan (an underrated masterpiece, by the way), The Ice Harvest, Insomnia, and Fargo.

One to check out. Ta much! is THE NAKED SPUR WESTERN NOIR? And wouldn't Sin City have been much better as a serial?

Yeah, I'd say The Naked Spur is a Western Noir. You could say that about a lot of Mann's western stuff, I'd say, but especially Naked Spur and Winchester 73.

As for Sin City, I'd never considered it as a possible serial. Nice idea. I've enjoyed Miller's books, but he pitches his stuff so high. It's almost abstract. I understand that that is the point (at least as I read it) but that doesn't change the fact that the stories are thin. The movie looked great, but it lacks the emotional punch of great noir.