The Museum of Orson Welles 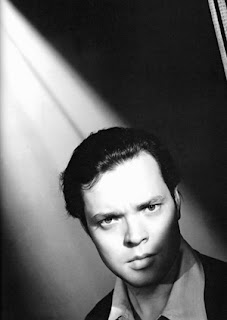 The people over at Wellesnet.com have put together an amazing resource for Orson Welles fans. The Museum of Orson Welles is an enormous collection of audio works by Welles over the course of his career. Prior to coming to Hollywood in the late thirties, Welles had done a tremendous amount radio work, including adaptions of literary works by Shakespeare, Hugo, and Dickens (among many others) as well as news programs political commentary. TMOW gathers many of these productions, along with much of Welles' war years work and interviews that range over his career.

Of course, this is a paradise for devoted Wellesians, but it should also be of interest to lovers of classic film, as well as that peculiar and passionate cult of classic radio lovers.

1. Excerpts from the interviews Welles conducted with Peter Bogdanovich from 1969 to 1975, hours of Welles talking about every phase of his life and career, pushed along by Bogdanovich's knowledgeable and probing questions.

2. The broadcasts of The Orson Welles Commentaries, Welles' progressive political show from 1946. Some people don't realize that Welles was a early (and angry) defender of civil rights, and many of his commentaries address the case of Issac Woodard, a black serviceman who was beaten to the point of blindness by cops in the deep South. Welles was a great artist, but he never did anything more admirable than these broadcasts. They got him in a lot of trouble (dropped sponsers, a film banned in retaliation, increased FBI scrutiny), and they are a fascinating bit of history.

This is a bit of a find,innit?

God, it's amazing. The Bogdanovich interviews by themselves are worth celebrating. And they're just the tip of the iceberg.

I haven't had a chance to check it out yet, but I'm definitely going to dig into it soon.

I've got maybe a half dozen of the Harry Lime series and all of Mercury, but the interviews are new to me.

Those Wellesnet folks are the best.