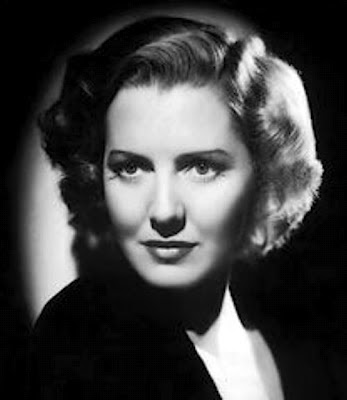 Yeah, I have a weird necro thing going on with old Jean. Also Kay Francis. Damn, you have nailed my particular perversions.

Beautifully morbid post. For me, it was Natalie Wood. I remember watching her in "Brainstorm," then finding out she was dead. I felt loss, sadness . . . and shame. Respect for the dead colliding with lust -- I'd never experienced it before. For a long time I tried to avoid her image, just seeing her brought up echoes of the shame.

Of course, age has changed all of that. Call it a coarsening of tender feelings or adjustment to the idea of death, but I can watch Wood's films again and marvel at her image. And that's it, isn't it? It's all an image. A careful presentation of the woman, a staging. Do we ever see the real woman? The flesh and blood that drowned? Perhaps in candid photos the paparazzi capture a bit of their reality, but those are far and few and not really how we form our ideas of the actresses.

Thanatos and Eros. Perfect. We fetishize the living even when they are alive, objectifying them. When they die, strangely, we become more aware of them as human, but that realization is overlain with the morbidity. With an actress that lived past her "prime," we can even sift through her decades. Joan Blondell, for instance. From the fresh faced girl -- albeit already debauched, those eyes . . . -- to the matronly role in "Will Success Spoil Rock Hunter" to the gray-haired waitress in "Grease." There's a certain thrill in going from one age of the woman to the other. Maybe that's just one more objectification?