The Passion of the Chump: The Synoptic Mitchum 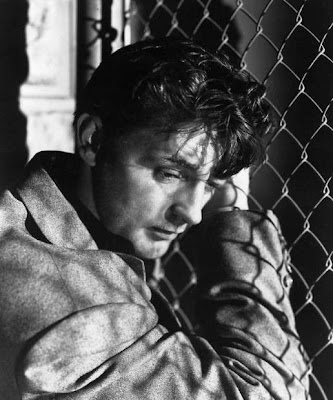 above: Mitchum, out there gettin' gutshot for all us sinners


I have a new essay up at Mulholland Books that examines Robert Mitchum's propensity for getting gutshot by beautiful women. I look at this martyr's tale as told by three different, but terrifically talented, directors: Jacques Tourneur, John Farrow, and Otto Preminger.

During his long stint in Noirville, Robert Mitchum played everything from upright heroes to the nastiest of villains, but first and foremost he was the definitive sap. More than any other actor, Mitchum created the pivotal figure of the lovesick antihero with tragic taste in women. We find the core aspects of this persona in three films he made at RKO between 1947 and 1953: Out of the Past, Where Danger Lives, and Angel Face. These films feature the actor in strikingly similar scenarios which develop and resolve in parallel fashion.